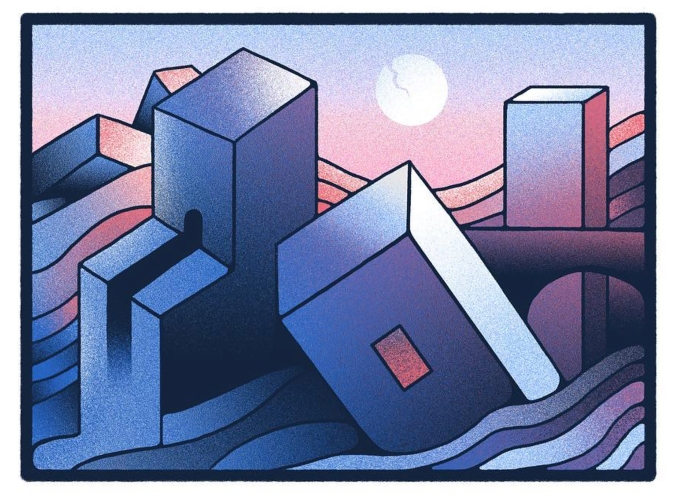 Orrin hadn’t wanted such a large group, but his sister, Patience, wouldn’t be dissuaded, so in the end they were four, including his friends Matt Deving and Tom Rodriguez. Patience was the youngest, at eleven; Orrin the oldest, at fourteen (and the tallest, by a good five inches). Before dawn they made their way to the surface with their bicycles. In the early days of the Fort, you wouldn’t have been allowed outside at all without a rad suit, but these days even kids were allowed outside to play. There was talk of moving to the surface entirely, and some families had – there was obviously more space up there – but most still preferred the security of the great underground bunker that was Fort Haven.

They brought protein bars, and plenty of water, at least a gallon each; Orrin insisted on checking each backpack individually, and brought a little filtration system too. As the day went on it would get hot – a hundred and ten, maybe – but by that time they’d be down in the city. It would have made sense to go at night, but none of them wanted to be there after dark. “Everyone set?” he asked when they were gathered by the road.

Orrin had read that the Romans built roads to last a thousand years, but it seemed like the Americans’ hadn’t lasted ten. Occasionally the kids took to the blacktop where sections still remained, but mostly they rode on the gravel shoulder. Rusted hulks of vehicles were lined all along the roadside or pushed down the ravines, long ago moved for the convenience of travelers. The kids kept peering into them, looking for skeletons, but it had been a long, long time, and most had collapsed into dust.

As the day lightened the landscape came clear: the mountains at their back, rough rocks and scrub grasses at either hand, the plains ahead. Once there had been trees, but they had all died in the Fall, and been burned for fuel by the survivors. At a small rise Orrin paused, staring into the sun. “There it is.”

Far below, the ghosts of roads still lay etched upon the earth. Upon that grid the broken remnants of human activity lay like cracked and discarded teeth. Disordered heaps of steel and concrete were dotted with larger structures; and in the far distance, a cluster of high-rises, or at least their skeletons, still clutched at the cloudless sky.

It took three and a half hours to reach the outskirts, by which time their asses were hurting bad from the bike seats. They stopped several times to rest and drink water, but Orrin kept pushing them on, thinking how much harder it would be on the return trip, riding uphill.

They came to a concrete bridge and rode it over a dry riverbed, and at last came to a building, or the remnants of one. It was large but low, constructed of cinder blocks that still retained some traces of beige paint. Of course the roof had long since fallen in.

“Should we go in?” asked Thomas.

“It’s why we came,” Orrin said, setting his kickstand.

“What if there’s someone inside?”

The double doors, made of ancient red-painted steel, still hung from their hinges. When Orrin opened the right it squealed like a disgruntled spirit. What if there was someone inside? But then, who could live here? What would they eat, with all the animals gone? Insects? He’d heard that’s what the Scratchers did, in their desperate surface lives: harvested beetles and ate them.

He shoved his way inside and entered a wide and roofless hallway. Nothing much but sand and debris from the roof, ancient boards, bits of metal. He turned at the first doorway.

Chairs and desks, dozens of them, in chaotic arrangements, tumbled and rusted. The color of the chairs’ plastic surfaces had only partially faded, orange, red and blue. He felt the others come up behind him and look over his shoulders, except for Patience, who peered around his stomach. “It’s a school,” she whispered.

Of course it was. Had been. He turned and went on. There might be a nurse’s station.
Indeed there had been, the red cross on a kit on the wall still visible. But it had been looted entirely, probably in the first days of the Fall, leaving nothing but grit and cobwebs.

They rode on, past the square concrete footprints of vanished houses, vehicles burned down to the axles. “Where are we going?” Patience asked.

“There,” Orrin said, nodding at the cluster of high-rises. If there was anything worthwhile, that’s where it would be.

The sun rose higher, and they sweated beneath their baseball caps. The dead city seemed to go on and on. He’d seen videos, of course, but he hadn’t realized it was so vast. Millions of people had lived here. How many in Fort Haven? Two thousand, stuffed into their concrete chambers like ants in a hill. How many at the larger refuge of Centcom, a hundred miles south? Maybe twenty thousand. And in all the world? A few million? Fewer than had lived in this single city.

They passed the remnant of a stadium, an enormous, half-shattered circlet of steel and concrete, like the discarded crown of a long-dead god. And on, until they stood at the foot of one of the high-rises, looking up awed. It was the tallest structure they had ever seen, by far; and it was a blasted ruin, the top third missing, its windows shattered or melted.

They did not try to go inside, but continued past plazas of dust and broken monuments, rubble heaped like mountains, avenues of drifted sand, and one building that had collapsed at an angle and still stood leaning wildly, like a soldier trying to stand on a broken leg. Further east, where they dared not stray, the destruction was still worse, the landscape reduced to an uneven expanse of cracked black glass.

Finally, in the heat of the day, they chose a building that was comparatively intact. They wandered its dead halls touching the gray faces of computer screens, the pitted and melted plastic, picking up broken bits of objects whose purpose they could only guess at. In its open-faced lobby they sat and ate, saying little.

They explored a few hours more, finding much of interest but nothing of use, until in late afternoon Tom pointed to a concrete wall. “Look at this.”

On the pale gray surface lay dark patterns. After a moment the shapes fell into place, and Orrin’s blood ran cold.

Three human-shaped outlines were etched there, each in a running pose. Here they had been caught; here their forms remained, forever fleeing. “Ghosts,” breathed Patience.

With difficulty Orrin tore his gaze away. “Just shadows.”

“Are we going to keep looking?”

He shook his head. “There’s nothing good here. It’s all gone.”

Together the four began the long hard ride back home, the sunset flaring in their eyes. Long before they arrived the moon rose, and its battered and lifeless face seemed a foreshadowing. 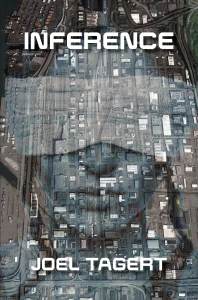 Buy it now in trade paperback or Kindle e-book!